You are here: Home / Destinations / ANURADHAPURA 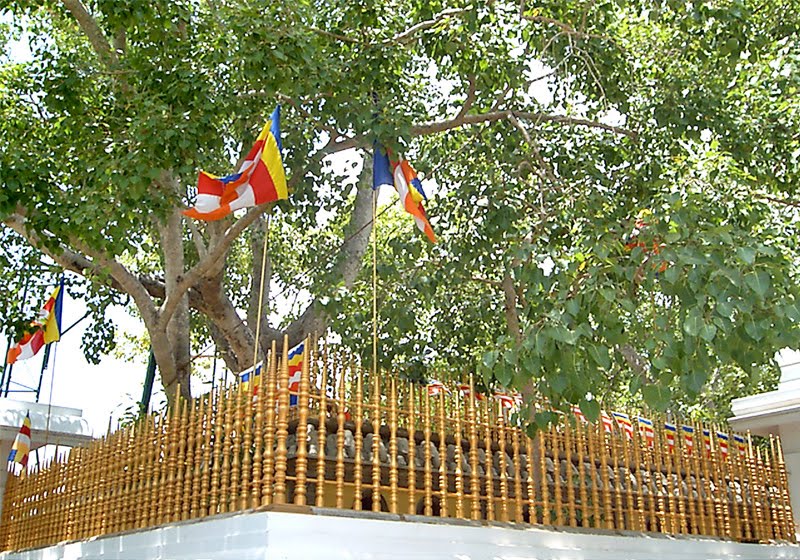 Anuradhapura, according to legend, was first settled by Anuradha, a follower of Prince Vijaya the founder of the Sinhala race. Later, it was made the Capital by King Pandukabhaya about 380 BCE.

According to the Mahavamsa, the epic of Sinhala History, King Pandukabhaya’s city was a model of planning. Precincts were set aside for huntsmen, for scavengers and heretics as well as for foreigners. There were hostels and hospitals, at least one Jain chapel, and cemeteries for high and low castes.

Water supply was assured by the construction of tanks, artificial reservoirs, of which the one called after him, exists to this day under the altered name of Baswak Kulam.

It was in the reign of King Devanampiyatissa (250-210 BCE) that the Arahat Mahinda. Son of the great Buddhist Emperor Asoka led a group of missionaries from North India to Sri Lanka. With his followers he settled in a hermitage of caves on the hill of Mihintale, (literally, Mahinda s Mountain).

The new religion swept over the land in a wave. The King himself gave for a great monastery in the very heart of the city his own Royal Park- the beautiful Mahamegha Gardens.

The Buddhist principality had but a century to flourish when it was temporarily overthrown by an invader from the Chola Kingdom of South India. The religion, however, received no set-back.

At this time far away on the southeast coast, was growing up the prince who was to become the paladin of Sinhala nationalism: Gamini, soon to be surnamed Dutta, the Undutiful (161 - 137 BCE). For his entire martial prowess, King Dutta Gamini must have been a man of a singular sensibility. The lives he had had to take weighed heavily upon him, for slaughter-in any cause- is repugnant to the sincere Buddhist; and the better part of his regime was devoted to expiatory service to the Sangha.

The Mirisavati Temple and the mighty Brazen Palace nine stories high, he presented to them. But he did not live to see the actual completion of the Ruvanveliseya Dagaba, his most magnificent gift.

Two more, at least, of the Anuradhapura Kings must be mentioned; if only because some of the greater monuments are indisputably attributable to them.

The earlier of these was Vattagamani Abhaya, Valagam Bahu (103 & 89-77 BCE) in the first year of whose reign Chola invaders again appeared and drove him temporarily into hiding. For fourteen years, while five Tamil Kings occupied his throne, he wandered often sheltering in Jungle caves. It is recorded that as in his flight he passed an ancient Jain hermitage, an ascetic, Giri called and taunted him. The great black lion is fleeing! Throughout his exile the gibe rankled.

Winning the Kingdom back, at last, he razed the Giri s hermitage to the ground, building there the Abhayagiri Monastery. The name is a wry can’t on his name and the tactless hermit s as well as (Meaning Mountain of fearlessness) a disclaimer of his cowardice!

Next came the heretic king Mahasena (274 - 301 A.D.). He alienated to the Abhayagiri vast spoil from the Maha Monastery, Devanampiyatissa's original foundation. But he had a more substantial claim to notability than his heresy; not only did he build (for the heretics) Sri Lanka's vastest completed Dagaba the Jetavana Ramaya, - but he was also the greatest irrigator of the Sinhala Kings, building 16 major tanks and great canals.

Anuradhapura was to continue for six hundred years longer as the national capital. But as the protecting wilderness round it diminished with prosperity, and internecine struggles for the royal succession grew, it became more and more vulnerable to the pressures of South Indian expansion. The final blow came when the Chola King Rajaraja I invaded Sri Lanka, burnt and looted the city. Anuradhapura was finally abandoned and the Capital has withdrawn to more secluded fastness.

But the monuments of its heyday survive, surrounded by such beauties as become the past: the solemn umbrage of trees, the silence of cold stone, and the serenity of the sheltering sky.