Day 01 -     Arrival at the Bandaranaike International Airport. You will be met with and welcomed by CYRIL TOURS upon your arrival and transferred to hotel in Dambulla or Habarana for dinner and overnight stay.

(Optional) After checking if you think better to have an Ayurveda Herbal Massage this is an ideal place for it. Inform me required time to reserve your massage in advance.

Day 02 –      After breakfast you can proceed to Sigiriya the “The Lion Mountain” in the morning. Sigiriya present a unique concentration of fifth- century urban planning, gardening, engineering, hydraulic technology and art. In 470 AD Kashyapa the son of a non-royal consort of the king, took over the kingdom after committing patricide. He built his magnificent palace on the top of this 200 meters high rock fearing the wrath of the crown prince Moghallana. The architectural wonder is famous for pleasure gardens, extensive moats and ramparts and mainly it’s well preserved rock paintings, of the beautiful “Cloud damsels” seen half up the rock and the “Lion stairway” that provides access to the summit. The complex of the fortress on the plains around the rock extends over 15 hectares.

Also, you can visit urban village by bullock cart. This tour called “Village Tour” This is a new concept, foreigners really happy to do this. (Optional)

End of the day return to hotel for dinner and overnight stay.

Day 03 –    After breakfast leave to visit Polonnaruwa, located 45 km from Habarana was the islands second ancient capital. In 11th 13th AD, the medieval capital of Polonnaruwa was one of the great urban centres in South Asia.  Today the well-preserved ruins give you the chance to experience the grandeur of this period and marvel at the artistry of the island’s early craftsmen. The great ruler King Parakramabahu 1st (1153-1186) reign was the highest peak of the agricultural development of the island with the subtitle of “Granary of the East” with the development of a vast and complex irrigation systems connected to “Sea of Parakramabahu”, the largest reservoir builds in the history of Sri Lanka. At the heart of the ancient city are the remains of the Royal palace and Council chamber. Nearby is the Vatadage or “relic house”, a beautifully decorated circular structure with an uncanny resemblance to Stonehenge. Among the other sites are the Gal potha (stone book) – a 9m – long granite slab inscribed with the feats of a king – the Lankathilaka shrine and the supremely graceful Buddha statues at Gal Vihara, the pinnacle of Sri Lankan rock carving…… If you are lucky enough can see wild elephants near road and reservoirs.

Enroute you are visiting Minneriya National Park,/ Kaudulla National Park or Eco Park safari by hired 4x4 vehicle. End of the day return to hotel for dinner and overnight stay.

Day 04 -     After breakfast checkout from the hotel continue to continue to Kandy. Enroute you are visiting the Golden Rock Cave Temple of Dambulla.

Dambulla is renowned for its cave temple, which were built by King Valagambahu in the 1st century BC in gratitude for the shelter he sought in the caves when fleeing from Indian invaders. While continuing to Kandy, on the way (in Matale) you will have a chance to visit a spice plantation that grows a variety of spices such as cinnamon, pepper and nutmeg, for which Sri Lanka was renowned and initially colonized by the Portuguese, Dutch and British. You could also visit the Matale Hindu Temple, Batik factory and watch the production of artistic fabric. Continue to Kandy. Checking to hotel for overnight stay.

Kandy is the old capital of Ceylon and the seat of the last Sinhalese Kingdom. It is a charming city with the most important Buddhist temple in the country and is set in peaceful wooded valley overlooking a vast manmade lake. Kandy’s ancient official lake sits amongst rolling hills that are covered by forests and tea plantations. There is a fantastic view from the upper lake where you can see the whole city of Kandy. Wandering about in Kandy is a fun experience, with cross roads and interconnecting byroads – all forming and intertwined complex. Most pavements are dominated by the vendors selling garments. Lotteries, toys and variety of fancy items – making passing through look almost impossible especially during festive seasons. The main market is in the heart of the town is frequented often for its array of fresh fruits, vegetables, fish and meat stalls, sweets, cloths, fancy goods and what not ……!

There is a local traditional dance performance which you will enjoy in the town in the late afternoon, after the show visit the Temple of the Sacred Tooth Relic of Lord Buddha. (Sri Dalada Maligawa) Ever since it was founded in the 16th century, it has one of the most sacred relics of Buddhism – a tooth of the Buddha collected from his funeral pyre and which is now protected within the gold – roofed temple of the tooth. It was built within the Royal palace complex which houses the only surviving relic of Buddha, a tooth, which is venerated by Buddhists. The relic has played an important role in the local politics since ancient times; it’s believed that whoever holds the relic holds the governance of the country, which caused the ancient kings to protect it with great effort. Kandy was the capital of the Sinhalese kings from 1592 to 1815, fortified by the terrain of the mountains and the difficult approach. The city is a world heritage site declared by UNESCO in part due to the temple.

Day 05-      After breakfast checkout from the hotel to proceed to Colombo. Enroute you are visiting Royal Botanic Gardens in Peradeniya. After the garden continue to Colombo. It will take around 3 hours to reach to Colombo. Have a brief city tour of Colombo, Sri Lanka’s still known as a capital, but now it’s a commercial capital only. Capital of sri Lanka is Sri Jayewardenepura Kotte, about 10 kms away from the city. After city tour checking to hotel for dinner and overnight stay.

(NB: If you have late departure after 12pm we can do a city tour tomorrow)

Day 06-      After breakfast or given time transfer to airport to say Good Bye to Sri lanka. 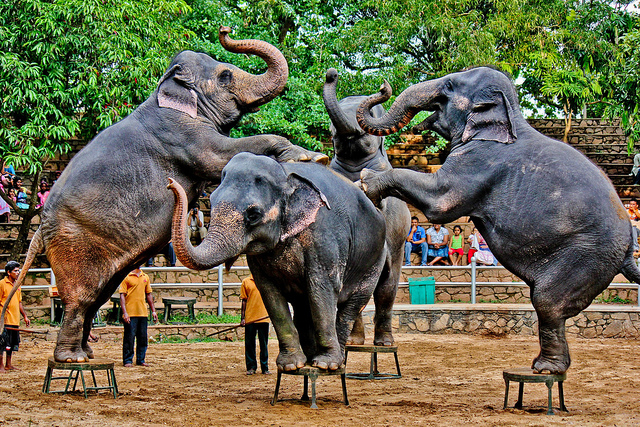 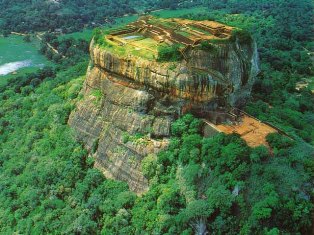 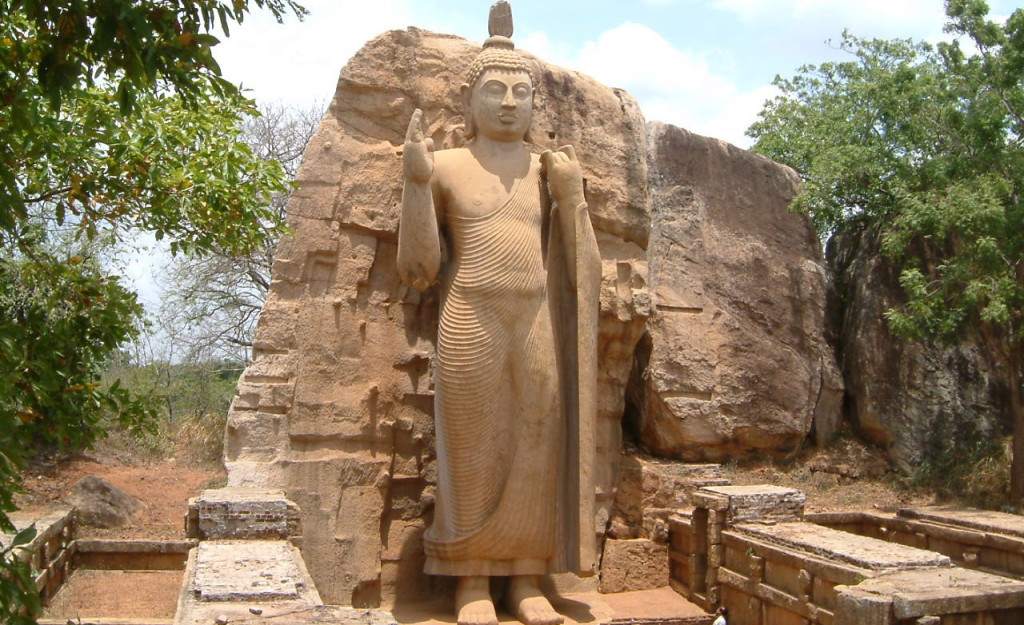 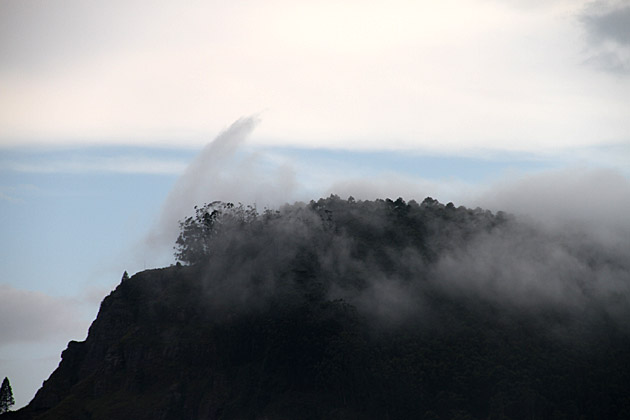 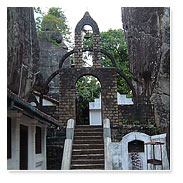 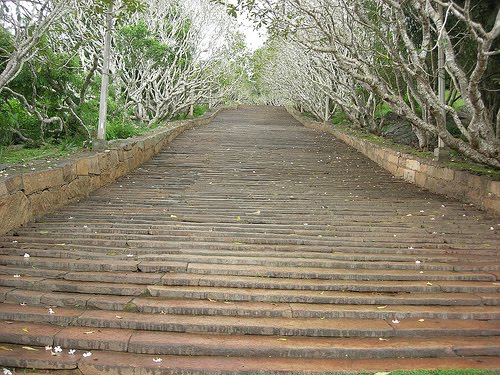