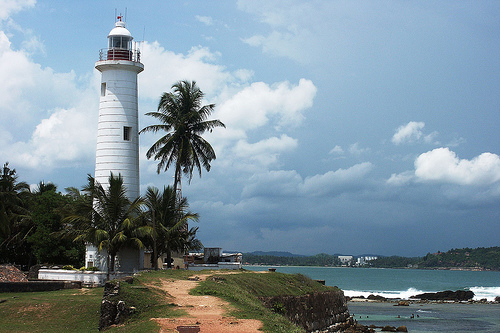 The drive is along the southern cost of Sri Lanka. Also can see the Tsunami effected areas and casualties. It kills nearly 60000 people and destroyed over 400000 houses all over the island

The coastal town of Galle, the capital of the southern province, is best known for its impressive 90 acre Galle Fort: a UNESCO world heritage site and the best preserved colonial sea fortress in Asia. The Fort was first built by the Portuguese in 1588 before being extensively fortified by the Dutch in the mid 1600s. Recognized by UNESCO for its cultural heritage value, the Fort was declared a World Heritage Site in 1988 as a unique exposition of "an urban ensemble which illustrates the interaction of European architecture and South Asian traditions from the 16th to the 19th centuries."

When you walk along the narrow streets, today you will see clear and well maintained evidence of the Dutch influence. Although these days there are some notable differences to 400 years ago. Galle’s earliest historical existence is traced to Ptolemy’s world map of 125–150 AD when it was a busy port, trading with Greece, Arab countries, China and others. Its mention as a "port of call of the Levant' is made in the cosmography of the "Cosmas Indicopleustes". This is the harbour where the Portuguese, under the leadership of Lorenzo de Almeida, made their first landing in 1505 on the island and caused a notable change in the history of the island with their close friendship with Dharmaparakrama Bahu (1484–1514), the then king of the country. Before the Portuguese came here, Ibn Batuta had touched base at this port. This was the beginning of the fort’s history, which was built by the Portuguese, along with a Franciscan chapel (now mostly in ruins) inside the fort in 1541. The fort also, in later years, served as prison camp to incarcerate Sinhalese natives who opposed the Portuguese. The Portuguese had moved to Colombo from Galle as they preferred that place. In 1588, however, they were attacked by the Sinhalese King Raja Singha I (1581–93) of Sitawaka, which forced the Portuguese to go back to Galle. At Galle, they initially built a small fort out of palm trees and mud. They called it the Santa Cruz, and later extended it with a watch tower and three bastions and a "fortalice" to guard the harbour.

In 1640, the events took a turn with the Dutch entering the fray joining hands with King Rajasinhe II to capture the Galle Fort. The Dutch, with a force of some 2,500 men under Koster, captured the fort from the Portuguese in 1640 itself. Although not an ideal situation for the Sinhalese, they were instrumental in building the fort as seen in its present form in the Dutch architectural style. Fortifications continued to be built until the early 18th century. The establishment built consisted of public administration buildings, warehouses and business houses and residential quarters. A Protestant church (planned by Abraham Anthonisz) was also built in baroque style in 1775 to cater to the colonists and the local people who were converted to Christianity. The most prominent buildings in the fort complex were the Commandant's residence, the arsenal and the gun house. Other buildings erected in the fort catered to trade and defense requirements such as workshops for forgings, carpentry, smithy, rope making and so forth. They also built an elaborate system of sewers that were flooded at high tide, taking the sewage away to sea.

The British took over the fort on 23 February 1796, one week after Colombo was captured. Sri Lanka remained a British colony formally from 1815 till it became an independent island nation in 1948. In 1865, part of the fort was converted into the New Oriental Hotel, becoming the Amangalla in 2005. The importance of Galle also declined after the British developed Colombo as their capital and main port in the mid nineteenth century. 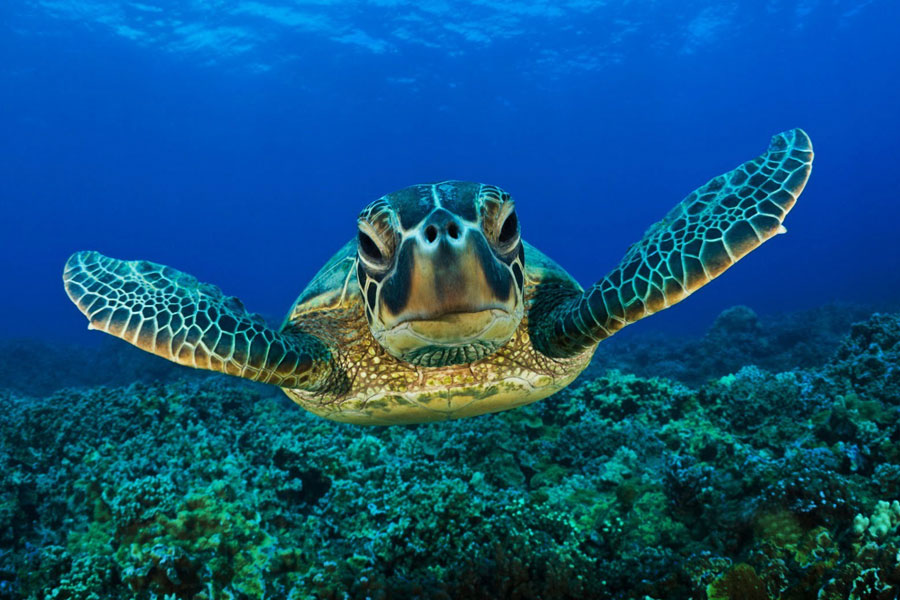