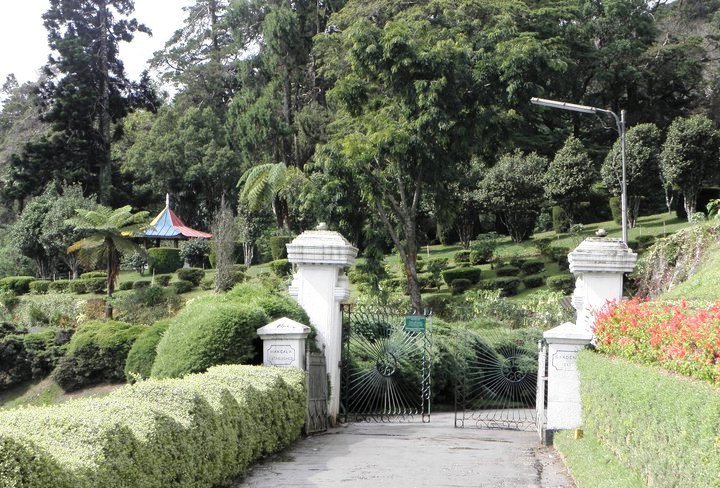 Peradeniya Botanical Gardens - It is situated in the 5.5 km West of Hill capital Kandy. 115 km from Colombo.

Visiting to this garden will provide spectacles at extraordinary beauty and absorbing interest for any nature lover and casual visitor.

Peradeniya is well known for its large variety of plants ornaments, useful machine and other creepers that produce the special spices at Sri Lanka.

The great lawns highlight huge tropical trees and variety at bamboo can be found in one place.

A spice garden gives you a firsthand introduction to the trees and plants used for the traditional Ayurvedic medicine.

It won’t be wrong to say that this garden is one of its best kind in the world and the best in Asia.

UNKNOWN FACTS ABOUT THE GARDEN

Before the botanical gardens were formed, the place was the court of King Wickramabahu III in 1371.

Later a temple was built on the site, but IT was destroyed by the British.

Mr. Alexander Moon began the initial groundwork for the gardens in 1821, when he used it for the cultivation of cinnamon and coffee.

The garden was formally established in 1843 with plants brought in from Royal Botanical Gardens Kew, Britain.

The gardens came under the purview of the Department of Agriculture in 1912.

The gardens are attached to the National Herbarium of Sri Lanka.

The Orchid House with its large variety of orchids are highly renowned. which houses more than 300 varieties of exquisite orchids.

The gardens include the historical Cannonball Tree planted in 1901 by King George V and Queen Mary of the United Kingdom.

The Royal Botanical Gardens of Peradeniya was used as the South-east Asian Headquarters of the Allied Forces during the Second World War.

"Dear Cyril, Here are some photos for you as we promised, and also little gift to you. Here is some photos of elephant boy which we were took on elephant ride. Please give to them when you go to Habarana again. We are very grateful to you for your services that you have done to make our holiday in this beautiful country. Still we are thinking over our nice trip with you. It was fantastic, really! Here in Holland, life is normal again. Greeting for your wife and daughter too. George and Cala ..." George and Cala